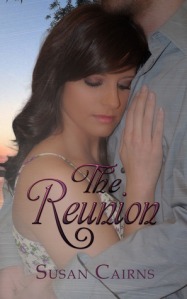 Growing up, Aly Sawyer’s one goal was to keep her home life hidden. She managed to do this until her high school boyfriend decided to spill her secret to their graduating class after she refused to have sex with him. The day she received her diploma was the final day she saw those classmates.

Gray Andersen left his sheltered life as soon as the ink was dry on his diploma. He escaped to Chicago to go to college, and he stayed there until a family tragedy forced him to return home. It just so happened that he would also be home for his high school reunion. He wouldn’t have considered going if it wasn’t for his desire to see the one girl who had been a constant thought in his mind for more than ten years.

Aly’s meddling mother pushes her to face the music by attending the high school reunion. There, she comes face-to-face with the guy who could have changed her world after one kiss.

When Aly and Gray reconnect, the old spark between them immediately ignites. However, with his life in Chicago and hers in their hometown, will that spark be enough to keep them together? Or will their own decisions rip them apart?